Bonnie posted this article in September 04, 2020

The smooth operation of drum concrete mixer is what every user wants to see, which requires users to pay attention to the following three aspects when using the mixer: 1. Before and after the operation of drum concrete mixer, the transmission mechanism, working device, brake, etc. Reliable inspection and tightening should be carried out to ensure normal operation. Protective covers should be installed on the big gear ring, belt pulley and other parts, and no foreign matter should be stuck in the mixing drum, supporting transmission and moving parts, as well as the warehouse door, bucket door and track.

2. When the drum mixer is running:

(1) When feeding, it is strictly forbidden to put your head or hands into the hopper and frame, and do not put your hands or tools into the mixing drum during operation.

(2) When the hopper rises, it is forbidden to work or walk under the hopper. The bottom of the pit should provide a pillow for the hopper, and the hopper should be fixed with a chain when cleaning the pit.

(4) During operation, if the operation cannot continue due to failure, the power supply should be cut off immediately and the concrete in the mixing drum should be cleaned up.

3. After the drum mixer is running: When the concrete mixing is completed or is expected to stop for more than 1 hour, in addition to discharging the remaining materials, pour stones and water into the vibrating bucket, and turn on the mixer to clean the mortar attached to the bucket. After discharge. There should be no water in the barrel to prevent the barrel and leaves from rusting. At the same time, the dust accumulated outside the mixer should be cleaned up to keep the machine clean and intact.

Next: How much money will pay to set up concrete batching plant? 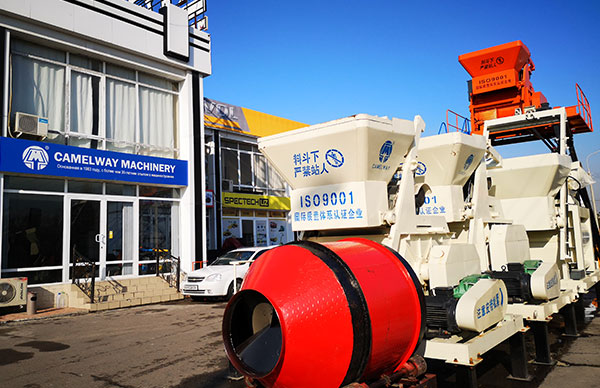 Camelway Machinery is focus on design, development and manufacture construction machines, over past 30 years, we have provide our customers with high-quality construction machinery. Camelway's product range include concrete machines(concrete mixers, batching plants, concrete pumps, etc), aggregate machines(crushers, screens, feeders, etc) and so on, you can get our product catalog in this website. Our office in African countries have been established, please feel free to contact us.